I suppose there is a post about numerology number 52 in this blog. Anyway, last night i was observing the nature of origin of thoughts and its relationship to insight, prompting me the sudden urge to write about name number 52. As you know, the author is fond of metaphysical themes in relationship to human mind and body, and investigations on such process has expanded my consciousness without doubt. This nature of investigation has similarity to numerology number 52.

The decomposition of Number 52

Number 52 comes to  a compound number 7. It is broken into number 50 and 2. Hence we see the influence of numbers 2, 5 and 7. The same combo also goes for number 25 but there is a significant difference. The presence of compound number obviously makes number 52 as metaphysical in nature, a spiritually charged number! But there are different schools of thoughts in spirituality, Like Advaita and Vishista Advaita. I do not want to go deep into the school of thoughts, but just how perception changes from individual to individual. One can relate number 52 with Vishista Advaita or Monism with Attributes and number 25 to Advaita (Monism without attributes). Number 52 consists of influence of moon and mercury. Moon is the mind and Mercury is the intellect. This is widely accepted notion in astrology and mythologically mercury is the son of Moon. Scientifically speaking, Intellect is born out of the mind! The mind is like an innocent observer but it is the intellect that discriminates knowledge as good and bad. Intellect can be equated to result of centuries of conditioning through knowledge and experiences, in name of culture and society.

When the mind observes, intellect immediately defines or evaluate the the observed.  In name number 52, the influence of discriminating intellect is high, hence in addition to reality, there are attributes. To put in a colloquial term, number 52 is more commercial or mainstream spirituality whereas number 25 is art house ! This may not be the best comparison, but the gist of meaning is this: presence of strong mercury in 52 creates rainbow of interpretations and appeals to larger section of society and masses. Since Mercury rules controls both ruling and middle class, a person with name number 52 will appeal more to common man than someone with name number 25. There is also risk of branding name number 25 person as abstraction! 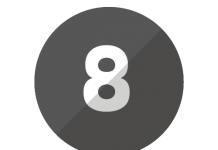 Numerology And How Numbers Affect Your Life

Numbers of Struggle and Social Reform

The Wonders of Number 7

7,8,9 – The Highest Realm of Spirituality

April 28, 2018
Paranormal investigators are people who look into the reasons behind events that are not easily explainable. If...
Read more

September 21, 2014
For every series of numbers, there is a particular number series one has to avoid. People born...
Read more

April 20, 2017
It's a common conception that being born Virgo means you may have a harder life than other...
Read more
ABOUT US
Astronlogia is your source for all things Zodiac, Numerology, Astrology & More.
FOLLOW US
© Astronlogia - Numerology, Astrology & More!
This website uses cookies to improve your experience. We'll assume you're ok with this, but you can opt-out if you wish.Accept Read More
Privacy & Cookies Policy