Death date prediction astrology isn’t as simple as just looking at your astrological chart and shouting ‘Ah ha!’ as you see a sign of death in your future. There is no planet that, when it appears, means that death is imminent, and no one single arrangement of stars and planets that when seen lets you know that the time of your demise is at hand. Death predication astrology online with calculators is no more accurate than the ‘Death Day’ calculators that were highly popular back during the early days of the internet.

This does not, however, mean that your chart can’t provide clues on when you might die or how you might die. One of the first things to look for in your astrological chart is so-called ‘Crisis Periods’ on your chart where big, life-changing events are happening. Because there are only clues as to what this life-changing event may be you should be prepared for a death to be involved but not surprised if it doesn’t happen. If you are using a Vedic astrological chart you could plot the location of Saturn which heralds the end of something or the location of Uranus which can signify a sudden, strange or unexpected event. If Neptune makes an odd appearance in the chart it could signify a drowning or someone that may die in their sleep. Pluto could be the sign of traumatic death, while Mars may signify a violent one. Venus’ placement could be the sign of a peaceful death such as someone dying in their sleep. Jupiter can be a sign of cancer and lingering illness.

Do you use western astrology? The sun signs provide some forms of zodiac death prediction, though it’s less about the time of death and more about how you may die – those who follow medical astrology find the accuracy of these predictions to be very interesting. At its most basic, medical astrology looks at the lowest part of the chart known as the imum coeli and looks at which which sign can be found in it. This sign may signify what part of your body will be involved in your death.

Depending on the sign that falls in the IC (imum coeli) you may suffer the following:

So if you are contemplating if there is any merit in death prediction astrology you should remember that while you probably won’t get an accurate date and time of death for yourself or someone you love, but you can get clues as to when life-changing events may occur and what potential diseases and illnesses you or a loved one could suffer from.

December 6, 2021
Angel numbers are numbers that our guardian angels put in front of us to let us know...
Read more

July 21, 2018
The term Midheaven may invoke thoughts of a popular superhero film franchise, but it is, instead, an...
Read more 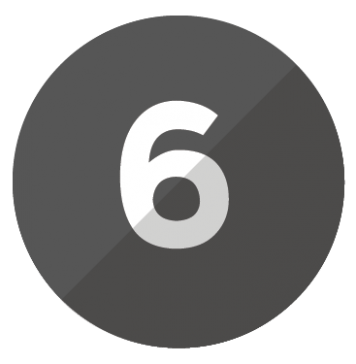 January 4, 2009
So far we have seen numbers of hard workers, creative geniuses, social reformists, and also people with...
Read more
ABOUT US
Astronlogia is your source for all things Zodiac, Numerology, Astrology & More.
FOLLOW US
© Astronlogia - Numerology, Astrology & More!
This website uses cookies to improve your experience. We'll assume you're ok with this, but you can opt-out if you wish.Accept Read More
Privacy & Cookies Policy