While Mercury in Retrograde 2020 has certainly brought us into a tailspin at the end of this year, we can all be thankful that this time of challenge has passed and begin to move forward again. During 2021 Mercury will, once again, enter a period of retrograde three different times. The first will take place early in the year from January 30th until February 19th of 2021; during this Mars will be under the influence of Aquarius. The second will take place from May 31st until June 21st and Mars will be under the influence of Gemini. Lastly it will be in retrograde from September 28th until October 16th and Libra will be the ruling influence.

Each of these periods will encourage a different type of introspection; in general a period of retrograde for a major influence such as Mars or Venus is a time to avoid big decisions and instead reflect on who we are and what we want. No matter where you fall along the astrological calendar everyone can expect to experience the following ways the Mercury retrograde 2021 dates will affect your zodiac.

Mercury will begin and end this retrograde in the sign of Aquarius which means it will be the perfect time to focus on personal growth and self-reflection. It will be a good time to reconnect with old friends as long as you avoid bringing up old disagreements, embrace change that may happen and avoid being too annoyed by the inconveniences of life. Remember, this too shall pass and you want to come out of it better than when you went in.

Mercury in Retrograde May 2021

This second round of retrograde will begin and end in Gemini and it will be a time for you to revise the way you communicate, to re-evaluate projects at work, and change the way you approach new ideas. The key to this period of time is the phrase “trust but verify”. Read every contract, create frequent back-ups, save often, take your car in for an oil change and avoid the rumor mill. Remember – if you didn’t hear it from the source then you have an obligation during this time to verify the truth. Don’t blindly accept anything anyone tells you. Trust them, but take the time to double check they aren’t wrong just in case.

This third and last retrograde of the year comes in Libra and rather auspiciously for the time of year encourages us to take stock of what has come before. Look back at your contracts and agreements, examine old relationships and spend some time in retrospective looking at your current ones to make sure they’re in a good place. You may find that this season brings about final change – the end of a partnership, the end of an argument, or even the end of a time of separation when you and a loved one are finally able to forgive and once more come together and spend time with each other again.

Best time to have operations/surgery based on astrology

February 22, 2012
Planets and Medical Operations aks Surgery based on Astrology The positions of the planets and luminaries often determine the best and worst times for a person to pick a date...
Read more

May 13, 2021
While it may seem surprising to hear of using tarot cards with the astrological zodiac signs in...
Read more

August 28, 2009
The Secret of Successful Business using Number of Fortunes Last post, we saw about the most influential numbers...
Read more 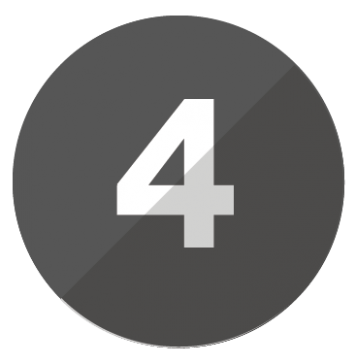