Aokigahara, Japan
Though this beautiful, ethereal haunted forest is officially known as the Sea of Trees, it has a far more accurate and heart-stopping name its called by locals – Suicide Forest. More than 500 people have committed suicide here since the 1950’s, with renewed interest in the area since a popular manga was released in which the main characters kill themselves together in the woods. Even those who may not intend to die in the woods risk their lives heading into the trees – compasses don’t work here and it’s easy to get lost. A web of ropes used by those who may have chosen to leave, or to stay for eternity, mark that paths taken by others. Locals even claim they can hear the screams of the lost spirits at night.

Isla de las Munecas, Mexico
On an island just south of Mexico City lived Don Julian Santana Barrera. Though thousands live around the island, Don Julian was the only person living on it and one day discovered the body of a young girl, drowned. He tried to resuscitate her but was unsuccessful. Not long after he found a doll floating in some canals and he hung it in a tree as a show of respect and support for the lost little girl. Haunted by her spirit, he began to hang more and more dolls from the trees trying to appease her. He claimed that he eventually realized the dolls themselves were possessed by the spirits of numerous dead girls and desperately continued hanging them from trees; those close to him said it was as if he were completely changed. Eventually he was found dead, drowned in the same spot as the little girl he’d found. Locals say that it’s obvious the dolls are possessed; they can hear them talking and see them move on their own from this macabre shrine to lost souls.

Wychwood Forest, England
Considered to be the ‘worlds most haunted forest’ by some, Wychwood Forest in Oxfordshire, England has a long history of haunting. Those who walk through this creepy forest report feeling hands touch their shoulders even though no one is present, some have seen a cart drawn by spectral horses carrying a couple and their two sobbing children. The forest is even home to a ‘hanging tree’, a stunted tree used to hang two infamous highwaymen. Most famously, the spirit of Amy Robsart, wife of Sir Robert Dudley is said to haunt the woods. Her death is still a mystery, but it is said that if you meet her, as her husband did, that you will fall ill and die.

Hoia-Baciu, Romania
The oddly bent trees are pretty spooky, eerie feeling you get from the trees, the sense of nausea and anxiety the longer you linger are all reasons you might not want to visit the creepy forest of Hoia Baciu in Romania. But all of these pale in comparison to the center of the forest known as ‘The Clearing’. It’s a uniform oval the locals claim is a portal to another realm. Since records of the forest began nothing has grown there, and as far as anyone can tell nothing was growing there before either. No one can figure out why the ground remains barren – not scientists, not witches – no one. The forest even came to the attention of the world because it was the location of a UFO sighting in 1968.

Is My House Haunted?

October 27, 2020
The most common form of numerology used here in the west is Pythagorean numerology and was developed...
Read more

Signs that you could be Psychic 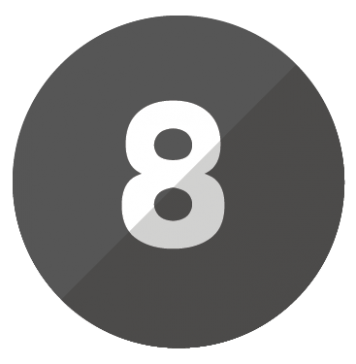 January 5, 2009
The Significance of Numerology Number 8 "I pray to our benevolent god that persons born on this number...
Read more
ABOUT US
Astronlogia is your source for all things Zodiac, Numerology, Astrology & More.
FOLLOW US
© Astronlogia - Numerology, Astrology & More!
This website uses cookies to improve your experience. We'll assume you're ok with this, but you can opt-out if you wish.Accept Read More
Privacy & Cookies Policy