Despite astrology being almost as old as humanity there are some religions that consider the practice to be a sin and try to scare their followers away from any form of astrology, fortune-telling or other forms of divination. The discussion is a difficult one because astrology was used by everyone from peasants to kings back in the ancient world. To understand why astrology can be considered a sin, you have to understand the historical background of astrology and the ways in which it has been used over the millennia to help guide kings and other rulers in their decision making. While farmers and merchants used astrology much in the same way we would use the Farmer’s Alamanac today, kings were using it as a way of determining the will of the gods and how to rule their kingdoms. All across the world astrology has been used by the common man as a way of tracking the season based on which constellations could be found in the night sky. This base usage of astrology is what has become our common practice of astronomy.

The best known example of ancient astrology in a way that could be seen as a sin is the Chaldeans who were used by the king of Babylon to help him understand dreams and figure out what decisions he should or should not make based on what they could see in the patterns revealed in the heavens. While many ancient cultures had people that used different forms of divination such as astrology or fortune-telling, one ancient culture was prohibited from using divination in any form – the Hebrew people known as “Israelites”. According to biblical texts, when they were brought up out of Egypt and into the land of Canaan, the God of Moses specifically commanded that they were not to engage in any form of divination like the different cultures of the land of Canaan. At that time a variety of different forms of divination were practiced – not just astrology but also sorcery, channeling, necromancy, witchcraft and any form of fortune-telling such as tea leaves or bone reading. All of these were absolutely forbidden to the Israelites.

Modern Christianity continues in this belief that astrology is a mortal sin. Many pastors will argue that it is a form of divination, trying to figure out what God’s will is without waiting for God to reveal it to you Himself. Conversely, astrologers will argue that nothing seen in the cards or the stars is the absolute truth but simply a potential path that your choices can affect on a daily level.

Ultimately only you can answer the question ‘is believing in astrology a sin?’. Many people hold strong opinions on the subject but it is decision that can only be made on a personal level. If you are using astrology as a method of divination, to try and figure out what is coming in the future, then it may be a sin if you are a part of a religion that considers it to be a sin. However, do these same restrictions apply if you merely use astrology as a method of understanding personalities?

When Will I Meet My Husband – Astrology Info

Navigating the stars with an Astrolabe

What is an Astrology Orb and Aspect? 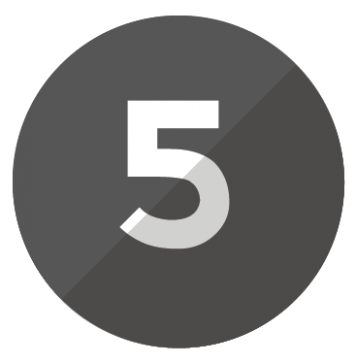 January 3, 2009
Yesterday we saw about the nature of numerology 4 born people, and today the weather of Chennai...
Read more

February 24, 2015
The Science of Soul Mate, or, How to Meet Your Soul Mate with Numerology Belated Valentines Day Wishes! This...
Read more
ABOUT US
Astronlogia is your source for all things Zodiac, Numerology, Astrology & More.
FOLLOW US
© Astronlogia - Numerology, Astrology & More!
This website uses cookies to improve your experience. We'll assume you're ok with this, but you can opt-out if you wish.Accept Read More
Privacy & Cookies Policy

Numbers of Struggle and Social Reform