Our current pop culture understanding of the Norse afterlife is a strange combination of the truth and some sort of ancient fiction. When we think of the Vikings and the afterlife in Norse mythology almost all of us are quick to shout that by falling in battle and dying with honor a viking was carried off to Valhalla, into the halls of Odin by a valkyrie. In our minds there is a firm distinction between the different realms of the Norse afterlife – Valhalla, Helheim or Hel, and Folkvang.

One of the most difficult problems in figuring out the afterlife in Norse mythology is that it has been so long since anyone actively practiced it. The best records we have of how the religion was actually practiced was written centuries after the last true followers of the religion passed away. When someone finally got around to writing down the religion in full they met with the same problem we have today – that the accounts do not hold true across the writers and we also have the additional problem of people like Snorri Sturluson injecting their own religious beliefs into the Nordic system in an attempt to make it recognizable and understandable.

It is through Snorri Sturluson that we first get this idea of three different realms when all other writings leave you feeling more as though they are all parts of the same realm just spread apart from one another. After all, ask yourself, is Valhalla a part of Asgard? Or is it a separate plane of existence that fighters go to as their eternal reward after a bloody death in glorious battle? Surely it is a separate plane, you might say, after all even the gods go to Valhalla to fight and feast until called by Odin to fight at his side! It is Odin’s feasting hall… and there you must stop and reconsider. If the land of the gods is Asgard and it is here that Odin makes his home then might Valhalla not be a hall of feasting there in Asgard? Do the gods simply return to the immortal plain after death in battle in the mortal realms and here human souls can join them?

In the poem of Baldur’s death, when Hermod travels to Helheim to speak with Hel about returning the beloved god and brother there is no mention of crossing through planes and realms but instead of moving through deeper and darker valleys until he reaches a bridge guarded by a giantess and then a wall over which he leaps. Why then do we think of this as yet another plane? Perhaps it is simply another kingdom within the same plane.

Exploring ancient mythology can be a fascinating and frustrating adventure; and learning the in’s and out’s of the Norse afterlife is no different. Researching lost religions and cultures gives us a greater insight into our history as humans and where our core beliefs about gods, religion and the universe come from.

Best time to have operations/surgery based on astrology

February 22, 2012
Planets and Medical Operations aks Surgery based on Astrology The positions of the planets and luminaries often determine the best and worst times for a person to pick a date...
Read more 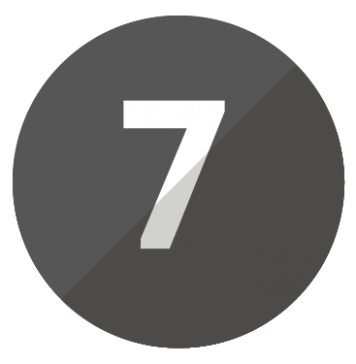 January 4, 2009
Another Wonderful day has begun ! So far we have seen people who are into politics,arts,business and...
Read more

How to clear your debts fast and easy?

March 11, 2011
Clear debts using the power of constellations Debt is one thing which everybody wants to get rid of,...
Read more

Learn How to Become a Palmistry Reader

August 20, 2017
Becoming a palmistry reader requires practice more than talent. It is a skill that can be picked...
Read more
ABOUT US
Astronlogia is your source for all things Zodiac, Numerology, Astrology & More.
FOLLOW US
© Astronlogia - Numerology, Astrology & More!
This website uses cookies to improve your experience. We'll assume you're ok with this, but you can opt-out if you wish.Accept Read More
Privacy & Cookies Policy

Out of Body Experience