Where the sun is found in the natal astrology chart of a person affects their vitality, their ego development, how creative they are and their sense of self. In an astrology chart the different planets can be in different positions relative to one another. These positions also affect different areas of your life and personality and can affect what sorts of experiences you’ll have and what decisions you’ll make.

Pluto is the planet of the 12th house which is the house of separations. When the sun and Pluto are square this means they stand squared off against one another. This can be a challenging placement and is often a sign that many of your soul’s journeys have led to it being in friction with other strong personalities that frequently pressured and criticized it. Despite this you still have an ego that needs to be addressed so that you can learn what real soul power is. The lesson is whether true power is gained through bullying and brow-beating or through self-acceptance and knowledge.

This struggle to understand the true meaning of power often leaves the person with a Sun square Pluto feeling anxious; there’s a constantly nagging sense of negativity and doubt, as though at any moment their happiness can be taken from them. This leads them to be unhappy with their personal achievements; these people can put a lot of pressure on themselves from a very young age. Nothing they do is right, no matter what others tell them. Sadly, if they could learn to accept that perfection is often-sought but never attained then they could perhaps see that they have the capacity to be hugely helpful to those around them. Their capacity for healing, for providing honest and effective insight to help others grow is practically unmatched!

Instead, they fall for the trap of seeing all insight and honesty about themselves and others as criticism and because of this they are highly sensitive to it. Any criticism can be devastating and will likely lead to a complete ‘makeover’ of who they are. They’ll shut everyone out, hide who they truly are, and attempt to remake themselves into something ‘better’ or more ‘acceptable’ to the people around them. They attempt to control their life through intense privacy in order to avoid being exposed where they are most vulnerable, and often mistrust those around them. They are threatened by anyone who tries to change them back into who they were, after all, that person wasn’t good enough! They were being criticized for their failures.

The distrust of others often leads to them attempting to read between the lines. They are so afraid of being exposed or criticized that they often perceive danger when there is nothing to fear and will attack friends in order to avoid being surprised by an enemy. Unfortunately, those with a Sun Square Pluto cannot avoid change and transformation forever and they will not be in control when it happens. In order to grow and evolve they will have to accept that they cannot control the outside world and the actions of others. They have to learn to be satisfied with who they are regardless of what others may think or say about them.

June 22, 2009
The Crown head in Chaldean Numerology One of the most important and desirable number in numerology is the...
Read more 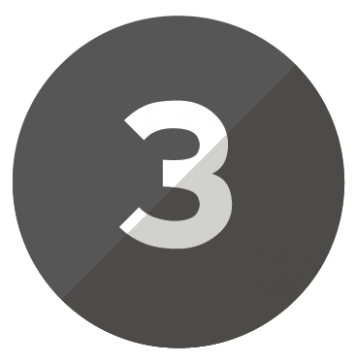 July 7, 2016
The Number 3 Life Path in numerology Path  shows that you entered this plane with a solid...
Read more

January 19, 2019
The Jungian Archetype are general overviews of the different parts of each person’s psyche. They were developed...
Read more
ABOUT US
Astronlogia is your source for all things Zodiac, Numerology, Astrology & More.
FOLLOW US
© Astronlogia - Numerology, Astrology & More!
This website uses cookies to improve your experience. We'll assume you're ok with this, but you can opt-out if you wish.Accept Read More
Privacy & Cookies Policy

How To Tell If Your Kids Are Psychic