The occult and the study of the occult known as occultism have been around for centuries in varying forms. Occultism is related to esotericism. The word occult comes from a Latin word that means hidden or secret and so the Occult is defined as “knowledge of the hidden”, though in modern time it has been taken to mean knowledge of the paranormal and to many it has come to mean the practice of devil worship or satanism. However, there are many different groups that practice occultism and engage in nothing other than the use of the occult or hidden knowledge.

What is the Occult?

Occultism includes the practices of magic, alchemy, ESP, astrology, spiritualism, religion, and divination.. Because it is so closely tied to esotericism, different interpretations of occultism can be found in everything from Gnosticism to Kabbalah. Many feel that occultism was formed out of a desire to reconcile modern natural science with religion and in fact Occult science seeks to reconcile science and the divine using systematic research similar to the scientific method.

The occult is not the same as a cult and the distinction is terribly important. A cult is a group, very often religious or semi-religious, with members that are controlled by a person or small group of elite members that take over every aspect of their lives. The occult, however, is all about knowledge and that knowledge is not controlled by anyone. It may be hidden, but it is available to everyone who seeks to learn it.

Is it a religion?

The occult is not the same as religion, though in the modern time the occult is considered to be synonymous with “evil” religions such as Satanism or with paganism like Wicca. The primary difference between the occult and religion is the difference between a passive and active system of beliefs. Religion provides those who follow it a list of rules to live by, removing from them the obligation of having to establish their own code of morality. It gives them a mythos with which to understand the world, which takes away the need for them to have to develop their own beliefs on how the universe came to be. And it provides the words and descriptions with which to describe their spirituality, which can prevent them from connecting fully with their own beliefs. The occult, however, is active. It provides tools that you must use to create your own morality, methods of communication that you must actively employ to get the answers about the universe you seek, and requires you to have the desire to describe yourself and your journey in your own way.

In many ways the occult and occultism is a science of religion. It doesn’t passively sit back and accept what happens, but demands answers and creates its own understandings. Where religion operates on faith with the idea that there are mysteries we cannot know, the occult and occultism says that there is nothing unknown if we have the drive and desire to find out about it. Where religion says to have faith, the occult demands proof and finds it.

Name Numerology for the Guardians of the Galaxy

May 11, 2017
Looking to learn about the name numerology for the Guardians of the Galaxy characters? Name Numerology is...
Read more 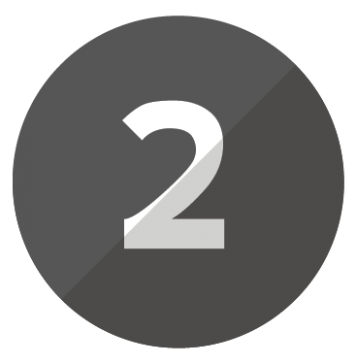 How to Become a Ghost Hunter

February 6, 2019
A Ghost hunter are people who go into locations that people believe are haunted and look for...
Read more

Demons March 4, 2021
Iblis, also known as Eblis or Ibris, is considered by many to be the Islamic equivalent of the Christian Satan and can be found in multiple mentions in the Quran. Both Iblis and Satan...
Read more

Occult, Occultism, Magic & Spiritualism March 4, 2021
Secret Societies are groups who have decided to keep their activities, events, rituals, members, and even membership secret from those who aren’t invited or allowed to join. Some of these secret societies may even...
Read more

Demons December 30, 2020
Astaroth spent centuries worshipped as a goddess of the ancient Phoenicians known as Astarte. In fact mention of her can be found in ancient Sumarian and Hebrew texts that were later translated into Greek...
Read more

Demons December 29, 2020
Belial is described by the Dead Sea Scrolls as a demon who existed before Satan, known as the King of Evil, Belian is the one they claim is responsible for bringing evil to men...
Read more

Demons December 29, 2020
A demon of myth and legend, Mephistopheles was created in the 1500's as part of the story of Faust, a demon who happened to be passing by the home of a scholar with ambitions...
Read more

Archangels December 23, 2020
The Archangel Ariel is the archangel of nature. You may find this archangels' name spelled Ari'el, Arael, or Ariael and the meaning of the name Ariel is 'Lion of God'. While the archangels are...
Read more

Archangels December 21, 2020
Jophiel is the archangel of beauty, even her name means 'Beauty of God'. But her gifts are more than just helping us look or feel beautiful; those are merely surface attributes. The Archangel Jophiel...
Read more

Demons December 16, 2020
There are a great number of demon names in the study of demonology, though not all those considered demons by the Church of Satan are considered demons in their original cultures. Indeed, not all...
Read more

Archangels December 14, 2020
The Archangel Azrael is known as the Archangel of Grief – he isn't known as the angel of grief because he brings grief and strife into your life, but because it is through him...
Read more
Load more
ABOUT US
Astronlogia is your source for all things Zodiac, Numerology, Astrology & More.
FOLLOW US
© Astronlogia - Numerology, Astrology & More!
This website uses cookies to improve your experience. We'll assume you're ok with this, but you can opt-out if you wish.Accept Read More
Privacy & Cookies Policy

This website uses cookies to improve your experience while you navigate through the website. Out of these, the cookies that are categorized as necessary are stored on your browser as they are essential for the working of basic functionalities of the website. We also use third-party cookies that help us analyze and understand how you use this website. These cookies will be stored in your browser only with your consent. You also have the option to opt-out of these cookies. But opting out of some of these cookies may affect your browsing experience.
Necessary Always Enabled
Necessary cookies are absolutely essential for the website to function properly. This category only includes cookies that ensures basic functionalities and security features of the website. These cookies do not store any personal information.
Non-necessary
Any cookies that may not be particularly necessary for the website to function and is used specifically to collect user personal data via analytics, ads, other embedded contents are termed as non-necessary cookies. It is mandatory to procure user consent prior to running these cookies on your website.
SAVE & ACCEPT